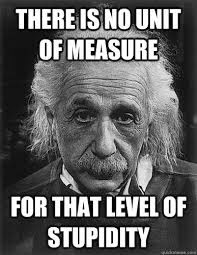 A few evenings a week, my in-laws take Raelynn over to the neighborhood mountain park. They're usually gone for about an hour, returning her to us around 8pm. Which is a little annoying but because we're moving away, I am letting it go. It won't be much longer we have to endure The Stupids. Thank GOD!

When I came home today, I found half of a watermelon sitting on our table. My husband had cut it open last night and wrapped the remainder of it with cling wrap. Now it was sitting out, sans wrap, attracting gnats. Who wants watermelon with gnat corpses? Oh me me me ME! NOT.

She saw me scowl at it and quickly covered it up. Why don't you take the tainted watermelon home and eat it then, if you like leaving food out for insects so much? Dummy.

Then, I went to turn on the satellite TV so Raelynn could watch Nickelodeon while I fed Seoul. And as I go to turn the cable box on, I see, sitting on top of the wires that connect it to the TV in a place the baby can't yet get to (thank GOD!) a gnawed on apple segment that was now rubbery and textured like it had been sitting there ALL day. Please note this was not there when I left for work. I grabbed the offending apple piece, chucked it at the table and just began shouting at the sky. "I hate it here! Gah! I can't wait to move!" Is she trying to make me even more excited about moving away? If so, job well done, though I sincerely doubt that's her intention.

Just after 8pm, as I'm almost about to worry, I can hear Raelynn in the stairwell. So I start to whip open the door. Only FIL and Raelynn are standing right there and he's stupidly rang our loud, noisy ear-splitting doorbell even as the door is opening. Because. He's. A. Total. Idiot. Hello???? Sleeping baby in here! I tell him as nicely as possible the baby is sleeping and he seems confused as to why this is an issue. Or he's just jerk. I'm not really sure about that, but what I am sure about is that very soon, we will be moving away and I won't have to deal with these troglodytes for a good long while at least. Hooray!
Posted by JQ at 5:50 AM