My How The Tables Have Turned!

Yesterday was Monday, which meant that, thanks to our most recent compromise, MIL was going to come over for dinner. Annoying as that was, I knew I had to keep up my end of the bargain and smile politely through it all. Never did I in a million years envision this kind of outcome though.

I actually began to grow concerned because at 6:30pm, MIL still had not shown up. I should inform you that she's well aware that we bathe Raelynn and put her to bed at 8pm. This is not news to her. I'm not disrupting Raelynn's bedtime routine on a daily basis just to accommodate MIL. If you want to spend time with your grandchild, move your ass and come over earlier. This isn't some Chinese holiday for which I'd gladly let Raelynn stay up later because it's special.

But still, I'm nice when she finally arrives at about 6:40pm. And I continue to be nice even though Raelynn is hungry but MIL is just sitting around like a bird turd on a rusted-out junker. I fight the urge to get angry and instead go tell her that Raelynn is hungry and she needs to eat. I also kindly tell her that Raelynn needs a bath after dinner and she needs to go to sleep at 8pm because she's not napping anymore since school is out. Oh, oh, oh! She acts so surprised by the time. What, do you not pay attention to the clock in your house anymore? Or the one in mine? Or how about the time on your phone? Why is it so hard for my in-laws to grasp the concept of time? Urgh...

She trots out some food she's made at her house of grossness and brought on over though I failed to photograph it. That's ok because it's the same old shit she's served before. I can seriously make a stock photo catalog of the barftacular offerings she always sets forth for our consumption. Here they are, pulled from my Someone Made Me Eat This series of posts: 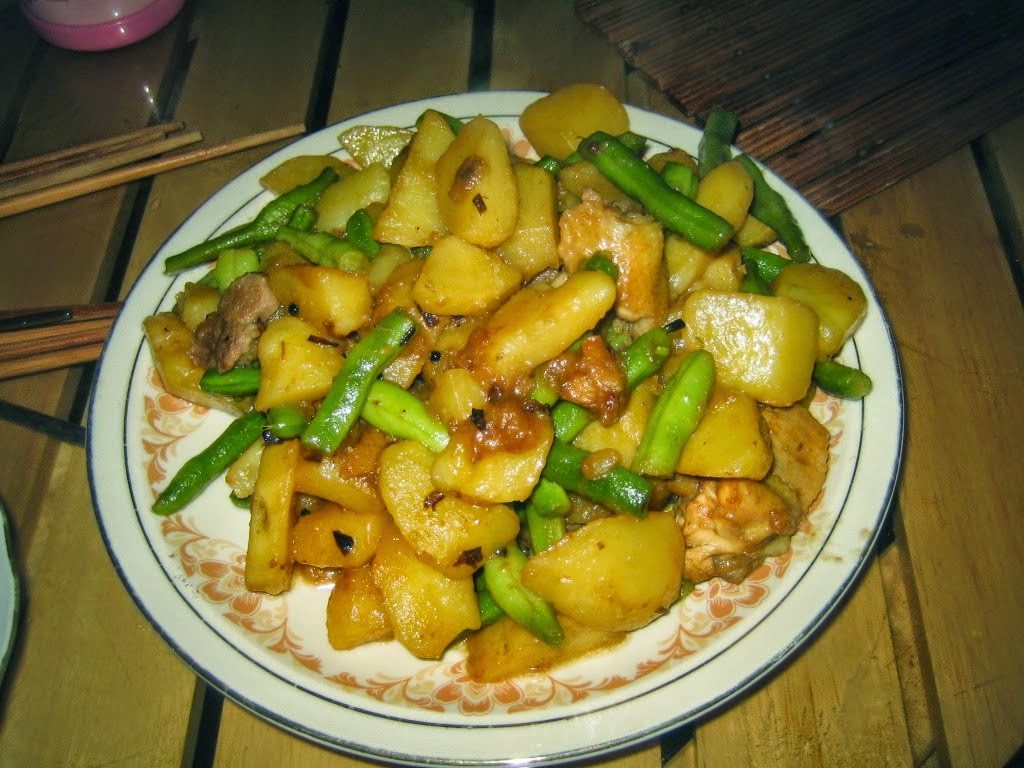 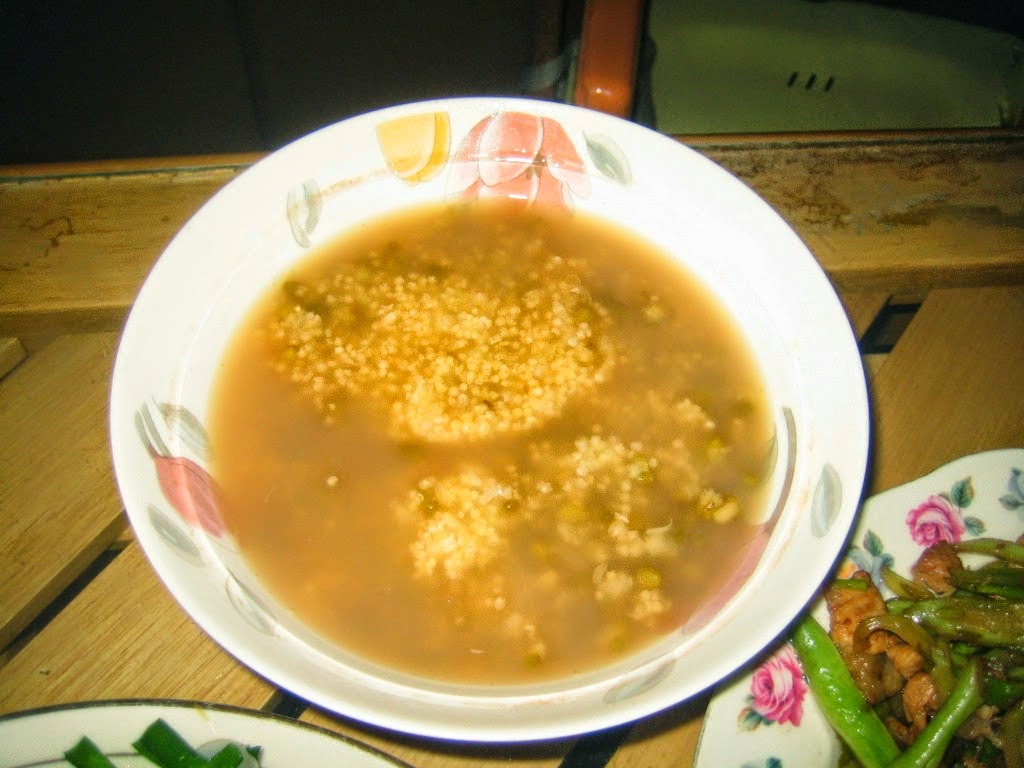 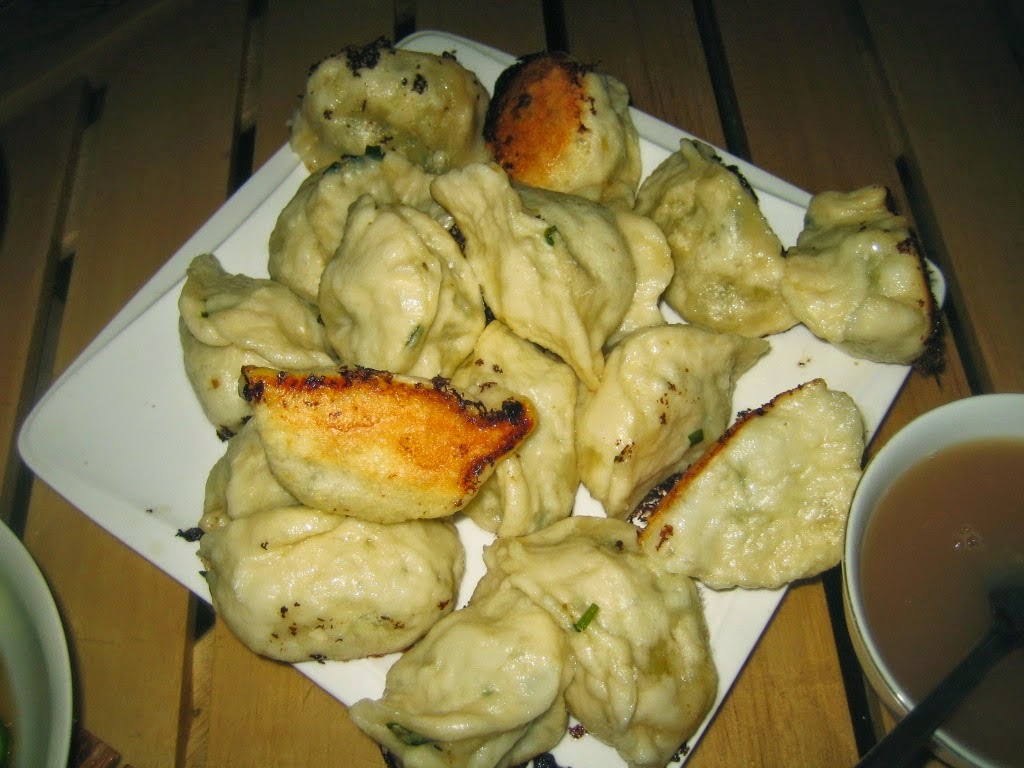 Yes, all of this crap. Again. Plus wontons for Raelynn. Again. Which, if you read carefully in this post, Jeremy asked her specifically not to give her because she makes them EVERY night for her. MIL has been having some problems with her scary teeth in recent months but despite our pleas, she refuses to see a dentist about it. So she makes softer food. Which is fine FOR HER but Raelynn's teeth (and our teeth for that matter) are just fine. We don't need (or want) to be ingesting mush for our meals.

But now, here's how everything took an interesting turn. Because my husband came in a short while later as MIL was plopping this crap onto the table. And he saw the wontons. And the other same old, same old crap. And he heaved a large sigh and sat down in our room for a moment, rubbing his face, frustrated. And then, he did the most marvelous thing: he told her to stop it with the wontons. But Raelynn likes wontons, she protests. Yes, but she also likes pizza and you don't see us giving her only pizza every single day, do you?

He very smartly and kindly told her again no more wontons. And then he said that for the next day, I would be making the food and she could join us for dinner and shovel it in Raelynn's mouth if she's so inclined. Which I hate, mind you. My kid is 3 and has no problems using a fork and spoon properly. She only acts like an invalid in the company of my in-laws who feed her like a baby and maybe right now, she likes that because she KNOWS she's not a baby anymore and that soon, there will be a baby here who will need help eating.

So tonight was my night to shine. I tried to be considerate and make something that wouldn't be too oddball to MIL. I kept it simple with chicken lettuce wraps, served with carrot sticks, rice and a bean soup blend made in our soup machine which is much tastier than her stupid xifan thing. I marinated the chicken in soy sauce, minced garlic, lemon juice and a few other odds and ends, giving it an Asian flair so it would appeal to MIL too. I'm in a good mood because Raelynn is already snatching carrot sticks off the table and munching on them while she waits for me to plate the chicken and rice. Jeremy arrives home too, and we all sit down. I serve MIL a big plate of rice but she won't eat it. She won't eat any of it. I should add that she has - surprise, surprise - brought a container of tudou bien, or potato bread, which I won't eat if she makes it. She uses too much flour in hers. At the Aeon supermarket, they make it awesomely and I'd eat it all day long from that place. She also, I later discovered, brought more wontons! But Jeremy didn't let her serve them. Raelynn whined at first and MIL got all smirky about it. And then, Raelynn, when threatened with being sent to bed without dinner for her bad attitude, changed her tune. The tables turned and MIL watched as Raelynn took pieces of chicken and wrapped them in pieces of lettuce by herself, stuffing them happily into her mouth.

Tomorrow, MIL will do the cooking again though Jeremy has forbidden her to bring wontons. Come on, MIL. Challenge your cooking skills. Do it for your grandchild so that she eats lots of different foods for her health. And you and your dippy husband blame ME when she gets sick. Genius.

Email ThisBlogThis!Share to TwitterShare to FacebookShare to Pinterest
Labels: Cultural Clashes, Family, MIL Problems, Someone Made Me Eat This