Where In The World Is Samara Amchin? (UPDATED) 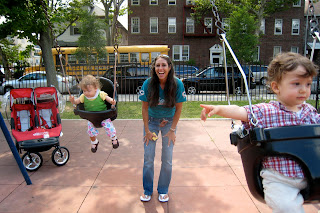 Perhaps one of the most difficult things to handle when you move to the other side of the world is when you get bad news from back home. And several days ago, that's just what happened to me. I found out that one of my very dearest friends, Samara Deva Amchin, has vanished without a trace. No one has seen or heard from her since March 14, 2011.

Samara is a beautiful woman, as you can see, and inside, she is just as stunning. She's one of the most kind-hearted people I have ever met in my life. She's so friendly and instantly likeable. And she has so much energy. Despite this though, she has battled depression and anxiety issues for a number of years and everyone is quite concerned about her safety.

I had first become quite worried about Samara a bit before her disappearance. She had taken up with a new guy and moved to Louisiana with him. Not long after that, she made some disturbing posts on her Facebook page which frightened me. I emailed her several times hoping she would call my phone here or at least email me back with her phone number but no such luck. The last time I heard from her, she sent me a very short but upbeat email on my Facebook on March 13th.

Just days ago, one of Samara's sisters emailed me on Facebook because she had declared Samara a missing person and was trying to see if maybe she might have contacted any of her friends. And thus, I learned that someone I love dearly is nowhere to be found.

For the full story about Samara's disappearance, please visit http://www.sun-sentinel.com/news/broward/tamarac/fl-missing-woman-tamarac-20110617,0,6827278.story. If you've seen her, please let me know or contact the authorities with your tips. It is my hope that maybe she will see this or someone who knows where she is will tell her that her family and friends are looking for her and we want to make sure she's ok. It is widely believed she disappeared on her own accord but everyone wants to find her safe and sound. Please also pass this information along.


Samara Deva Amchin is 5’5” with long, straight brown hair and brown eyes. Her approximate weight is 110 lbs. She has ear and navel piercings, and may still have a tongue piercing. She has scars on her right ankle and left foot from a car accident in high school. She has no criminal history. Samara was last seen on March 14, 2011 in Tamarac, FL, driving away from an old roommate’s home with all of her possessions. She drives a white 1998 4-door Oldsmobile Intrigue with the tag number 607TIC. If you have any information, please contact Broward Crime Stoppers at 954-493-8477.

And in case Samara is out there reading this, please call your sister Dara, or one of your other family members. Call one of your friends or even call the media or police yourself and just tell us you are alive and well. You're an amazing person and we love you very much. This world is a better place with you in it and we all can't wait to see your smiling face again. In China, it is already June 19th, your 36th birthday. Happy Birthday to you! You always remember my birthday, just 9 days after yours. This year, all I want is to spend my day with my new baby daughter and to find out that you're alright. I hope you'll make my birthday a great one because that's how you roll. I love you Princess Samara! 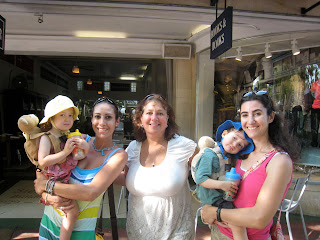 Samara is on the left in the above photo.

UPDATE!
On Samara's 36th birthday, June 19th, she contacted her old roommate in Tamarac, FL via cell phone. Her sister, Dara, called that number and left a voicemail message. It has not yet been returned. The case is still open until it can be confirmed that it indeed was Samara who made that call. Stay tuned!
ANOTHER UPDATE!
I meant to do this before I left on my trip for Seoul, but Samara is found and is alive and well. She is no longer considered a missing person although she refuses to speak to her family for whatever reason. We're very happy and relieved that she is alive, however, it's very sad that she won't speak to the people who love her the most.
Posted by JQ at 9:07 PM

Email ThisBlogThis!Share to TwitterShare to FacebookShare to Pinterest
Labels: Friends, Meanwhile Back Home